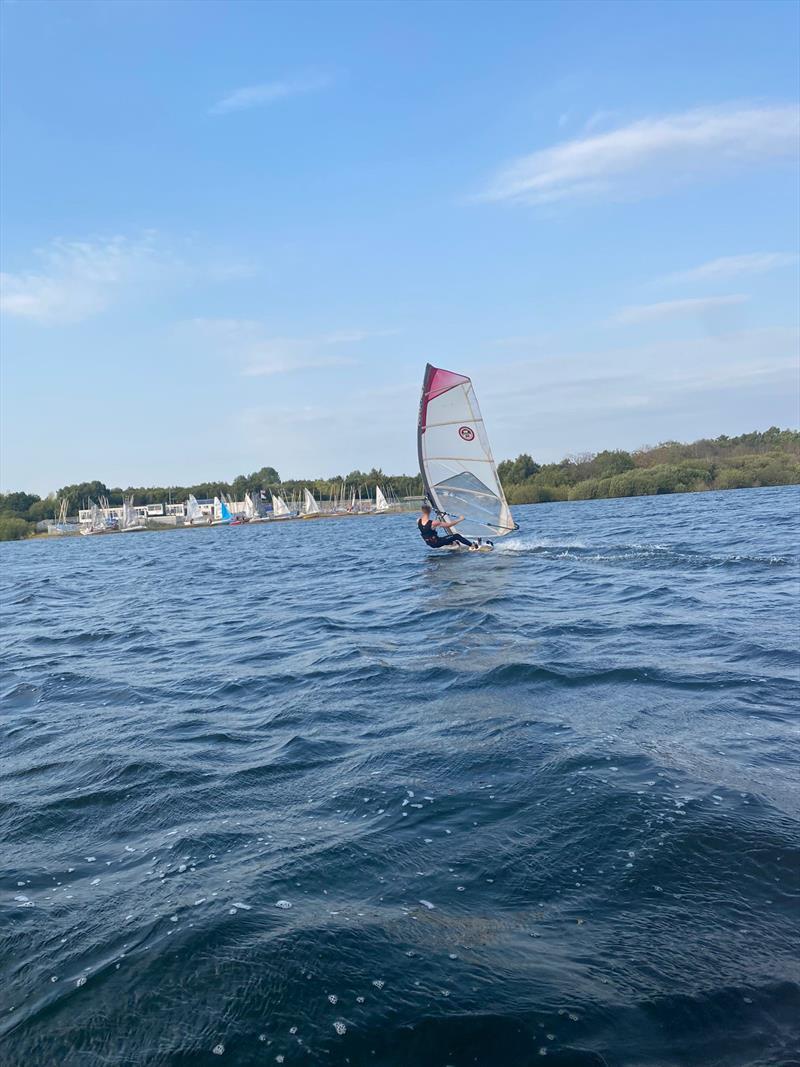 As we hit August, it's always a great time to have a look back at the year so far in the world of Chase Sailing Club!

The year started off as ever with our Icicle Series, which although well attended, was curtailed due to all the storms we had at the start of the year. This didn't stop the brave however, who persevered through the cold and the wet to have a series which gave us close racing throughout.

In the end though, it was the Blaze of Mark Blackham who won the overall title and the fast fleet, closely followed by the ever-consistent GP14 of Rob Stringer and Pete Tate taking second overall and the slow fleet title. 3rd place was taken by Josh Hyland in this Phantom also giving him the fleet prize. The laser fleet was won by the ever-improving Mike Rudd, gaining 4th place overall.

The first quarter of the season was finished by the GP14 Midland Areas. Although numbers were down from what we have come to expect, there was a superb quality fleet with great racing throughout! After 2 days of racing, it was multiple nation and world champion Ian Dobson & Andy Tunnicliffe who rose to the top (despite missing the first race!), followed by hometown hero's Graham and Frank, closely chased Fergus & Jasper Barnham for 3rd.

The GP14 of Rob Stringer & Pete Tate once again dominated the Spring Series with a string of consistent and low scoring results giving them the title. The win also sealing them the victory in the slow fleet. A row of first places helped Elsa Minton secure 2nd place overall and 1st Laser, being pushed by Josh Hyland in his Phantom, securing a win in the phantom fleet & 3rd overall. The fast fleet was won by the Icon of Russ Lutwyche & Gail Minton, and the Blaze fleet won by the ever-improving Matt Minton.

Looking forward, we have a great second half of the season coming up!

Our Wednesday evening series is set to conclude with a very tight finish, with all top 3 positions up for grabs, it's going to be a close one!

Our summer series recently got under way too, with great turnouts despite several people on holiday.

After what will be a busy summer, we welcome back the Lightning 368 fleet for their national championship on September 24th/25th. After a great turnout for last years Inland championships, we hope to have a strong turnout and make it their biggest nationals yet!

Joining them on the 24th September, will be the Solo fleet, making a return to the club after many years away. With a strong midland fleet, we can't wait to have them back.

Entry for both fleets is open on our website.

In October, we welcome back the Phantom fleet, another fleet that the club can't wait to have back on the water. With a strong home fleet, the club hope for some great racing on the day.

Wrapping up the year will be our annual Polar Pursuit Race (17th December). Having had a great turn out in 2021 only to have it cancelled by fog, we hope you can join us for a pre-Christmas sail.

Hope to see you all on the water soon!